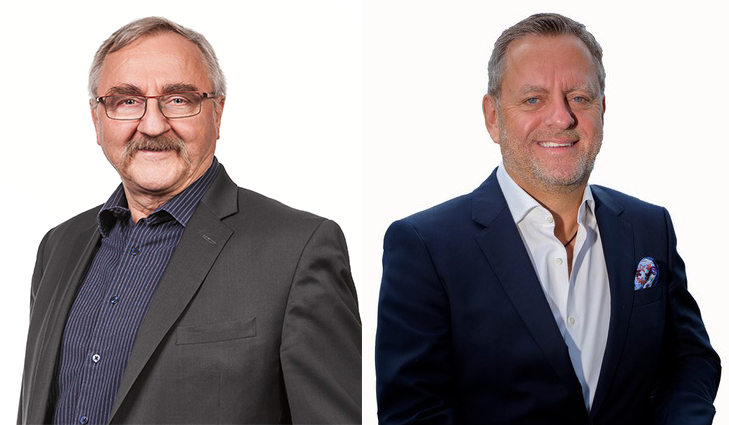 Pageau Morel is proud to announce the creation of the new Creative Solutions team, building on a tradition of hyperspecialized resources. Its first two members are renowned engineers who have directly influenced the consulting engineering industry in Canada and who have left their mark by achieving ambitious targets in energy efficiency and sustainable development. These two engineers are Roland Charneux and Jacques Lagacé.

Following the creation of hyperspecialized teams in 2009 (Healthcare, Science | Industry, Offices | Public Buildings, Econergy, Data Centres), Pageau Morel has created a brand new team to support the technical development of its staff, to strengthen the quality assurance of its projects and to remain at the forefront of design. Based on one of the firm’s core values, Pageau Morel hopes to benefit from the participation of high-calibre resources by allowing them to act as mentors, as references, and as advisors.

Jacques Lagacé, renowned senior engineer with 31 years of experience, has also worked in consulting engineering since graduating from Polytechnique Montréal in 1987. He has greatly influenced consulting engineering by encouraging sustainable development from the very early stages of this important shift in the industry. He was one of the first LEED Accredited Professionals in Québec and is a founding member of the Quebec chapter of the Canadian Green Building Council (CaGBC). He has won numerous awards, including three ASHRAE Technology Awards at the international level. Some of his important projects include the Montréal Centre for Sustainable Development (LEED Platinum), the Musée national des beaux-arts du Québec (LEED Silver), Université de Montréal’s Biodiversity Centre (LEED Gold), and the expansion of Montréal-Trudeau Airport (ASHRAE Technology Award).

Pageau Morel is very proud to welcome Jacques Lagacé among its ranks, especially as he shares the great values of our company. We are convinced that the union of Charneux and Lagacé will be successful in mentoring a new generation of engineers. In turn, the latter will be responsible for continuing the important modernization movement in building engineering with the sole objective of promoting zero net energy and carbon neutrality in the entire building industry!