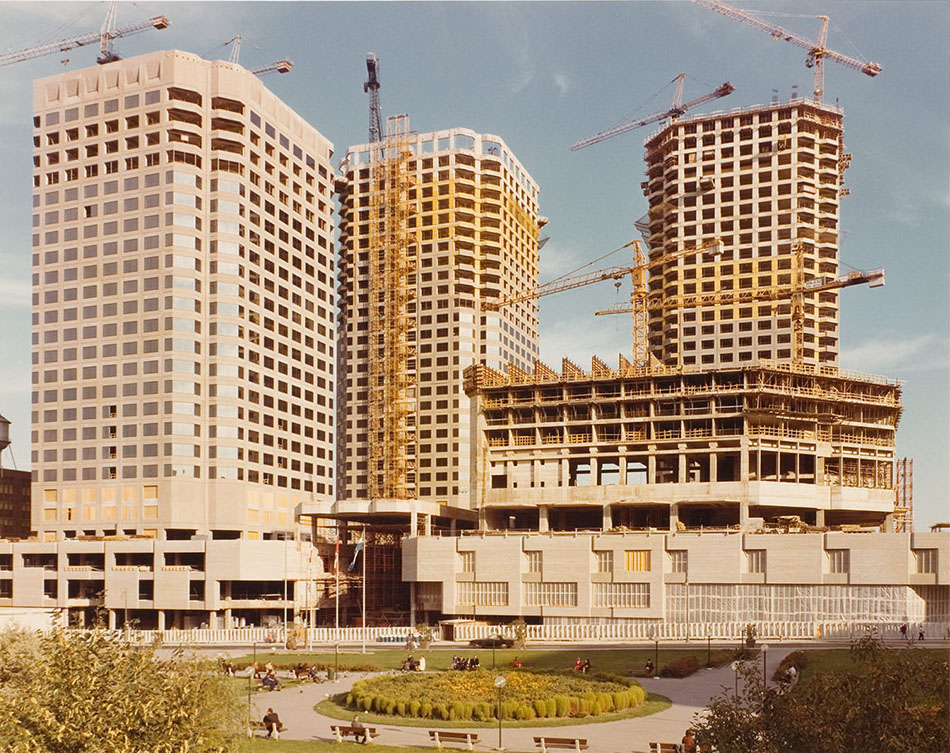 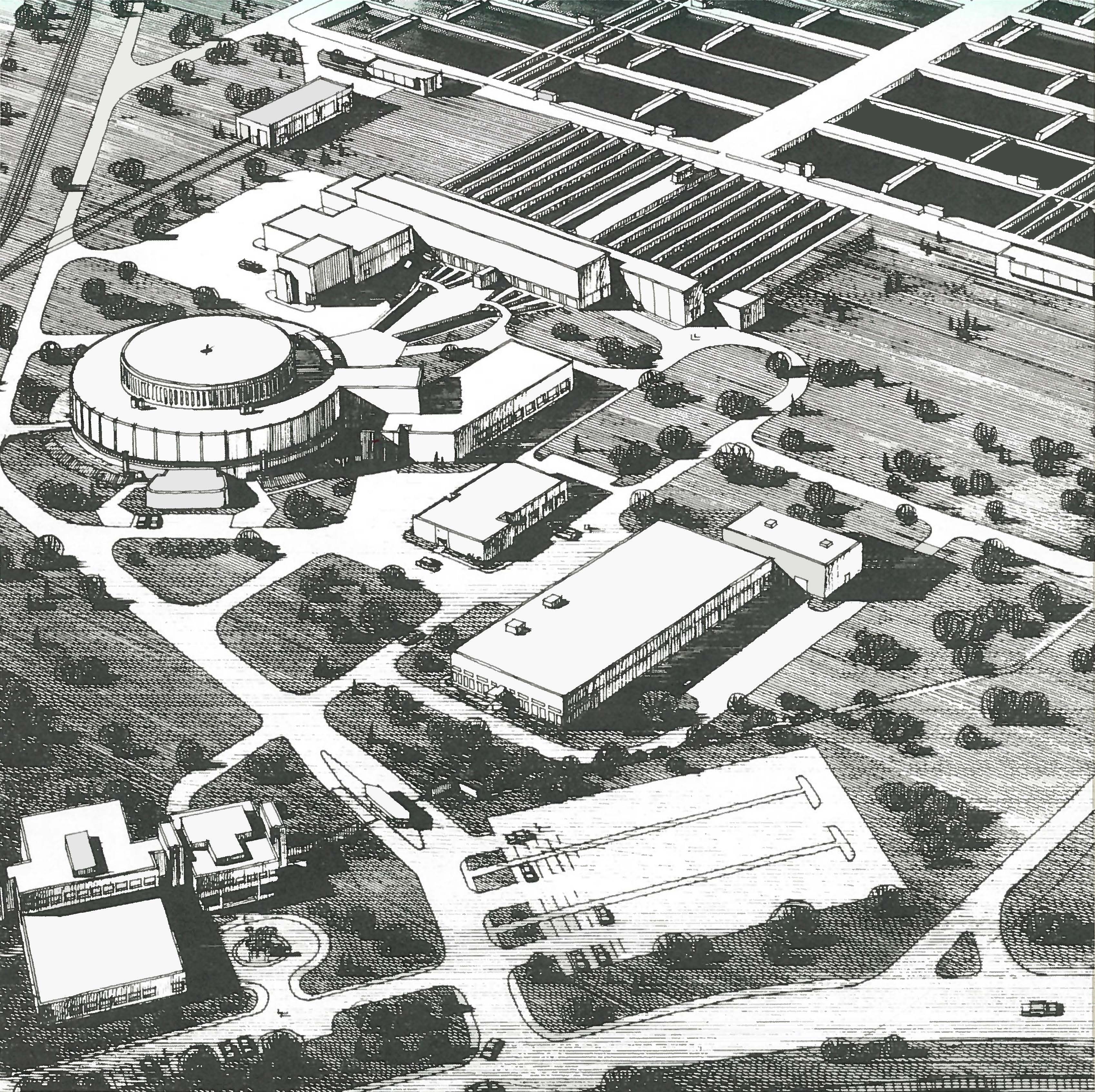 After 3 years of intense construction, the 1967 Universal Exposition opened in April and was a huge success.

Pageau Morel experiences the same excitement as previous years by carrying out over 72 new projects including the Montreal Palais de justice (courthouse); the Tunisia kiosk for Expo 67; Octo Laboratories in Laval, in collaboration with the Hull office; the wintering of the German and French Pavillions; the Stanislas College; the Sainte-Agathe camping, one of the first in Quebec; and the Canadian Chancery in Belgrade. The Hull office remained active with over 47 new projects similar to previous years, such as credit unions, schools, churches, etc.

In 1968, Pageau Morel worked on new large-scale projects like Collège Maisonneuve and the Quebec Science Complex. The company also collaborated on Operation 300, a project to build 300 affordable housing in the east end of Montreal.

In 1969 and 1970, Pageau Morel designed several credit unions and Burger King restaurants. Many projects were also carried out at the Institut de microbiologie (Armand-Frappier Institute) and in La Presse offices.

In 1970, the firm modernized the ballroom at Quebec’s Château Frontenac and built the first phase of the IBM Bromont plant.

This year marked the beginning of Pageau Morel’s great adventure with Complexe Desjardins. Previously called Place Desjardins, the construction of this imposing building in downtown Montreal gets underway in consortium. The 397,360 sq.m. project consists of three office towers, a 600-room hotel and a basilar structure with two levels. The North, East, and West towers have respectively 27, 32, and 40 floors each. To prepare the plans of the project, the design team has to choose between drawing with pencil or ink. In the end, plans were made in pen and ink, which turned out to be an excellent decision since the plans were used for over 25 years to show Complexe Desjardins’ different changes and fit-ups. Even today, numerous construction and renovation projects are still being done by Pageau Morel.

The projects for the construction of the Canadian Embassy in Belgrade also started in 1971, one of Marcel Pageau’s favourite projects.

Montreal is consumed with excitement for the Olympic Games and the construction of a 490,000 sq.m. olympic park is set in motion. Pageau Morel’s services were retained for the Olympic Stadium’s mechanical engineering. The firm’s employees were therefore divided into two major project offices, one for the Stadium and the other for Complexe Desjardins. The firm’s offices were almost completely empty.

The City of Montreal’s (MUC) wastewater treatment plant project started in 1974 and continued on for many years. In addition to being responsible for establishing standards on electric material selection and standardizing specifications, Pageau Morel was also responsible for implementing an electrical distribution network and an emergency network for six generators.

Roland Charneux, current Executive Vice-President, started working at Pageau Morel in the summer of 1974. He worked on the Olympic Stadium project during the summers of 1974 and 1975 before permanently joining the team in 1976.

Less than a year before the Olympic Games, Pageau Morel was asked to take over the electrical engineering portion from another firm in order to complete the project on time. For the sake of the Olympic dream, the firm accepted this enormous challenge despite many other firms refusing the mandate claiming it was impossible.

In 1975, after two workers’ strikes and a significant hike in building material costs, the Olympic Stadium was well behind schedule. With the creation of the Régie des installations olympiques (RIO) who took over management of the work, the Stadium was finally ready for the Games. However, it remained unfinished; bleachers were temporary, landscaping wasn’t fully completed and the tower reached only 59 metres. The latter was completed in 1984 to reach 175 metres.

The construction of Complexe Desjardins was gradually completed in 1975. The first tenant’s arrival was in spring of 1975, and one of the towers was finished in the summer. In the fall, Place Desjardins and its shops were inaugurated. Finally, in spring 1976, the Meridien Hotel opens its doors.

Don’t forget to sign up to our blog and receive all our updates!