Roland Charneux Inducted into the ASHRAE Montreal Hall of Fame 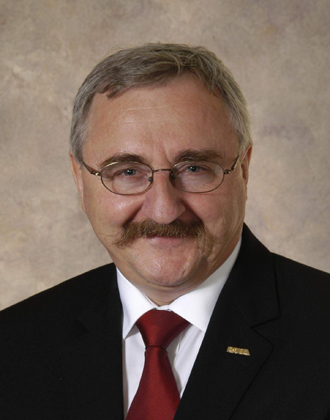 On May 11, 2015 at Saint James’s Club in Montreal, Mr. Roland Charneux, Executive Vice-President of Pageau Morel, was inducted into the American Society of Heating, Refrigerating and Air-Conditioning Engineers (ASHRAE) Montreal Hall of Fame. This highly-regarded distinction is given to a member of the Montreal Chapter for their exceptional involvement in the Chapter, in Region II (Eastern Canada), and in the Society (Head Office). Roland was also honoured for his engineering career, his recognition by the industry and his peers, and his outstanding contribution toward the advancement of building science and industry.

Surprised and moved by this tribute, our colleague thanked everyone for this honour and for the opportunity to become the Hall of Fame’s eighth member.

Pageau Morel would like to congratulate Roland Charneux and highlight this well-deserved honour given to a professional who possesses all the great qualities to which every engineer aspires. His enormous contribution and his impact on the industry and on our business are undeniable.