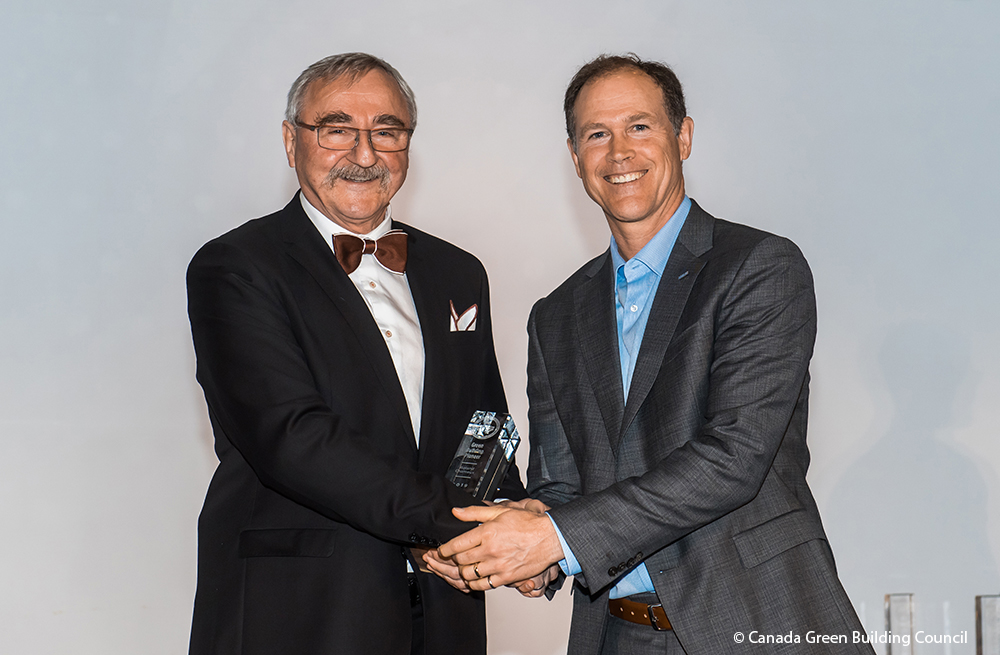 Roland Charneux is unquestionably a trailblazer in the green building industry. He has integrated sustainable development measures in his projects since the beginning of his career in 1976, and he has designed hundreds of green projects nationwide, including major constructions, LEED projects and experimental green buildings. Over the course of his career, he has won more than 25 awards for projects on which he left his mark, including nine Technology Awards from the American Society of Heating, Refrigerating and Air-Conditioning Engineers (ASHRAE).

This recognition follows the two other impressive awards Roland Charneux received last year. In June 2018, he received the ASHRAE Distinguished Service Award (DSA) recognizing members who have served the Society faithfully and with distinction, and who have given freely of their time and talent for the benefit of ASHRAE. In May 2018, he won the Grand Prix d'excellence, the highest distinction given by the Ordre des ingénieurs du Québec to one of its members.

Pageau Morel wishes to congratulate and thank Roland Charneux for his exceptional contribution to the industry. We are proud to work with an engineer who has greatly influenced and inspired the green building industry for over 43 years, while training the next generation of engineers.